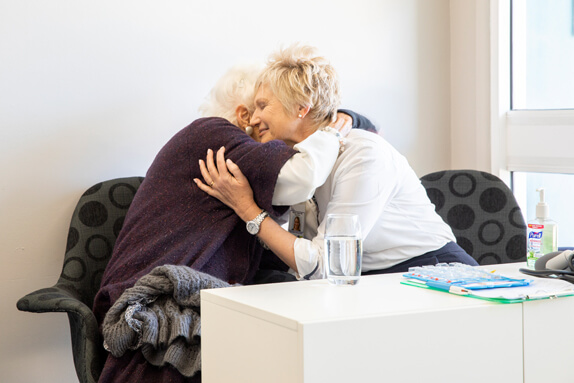 Choosing a Home Care Package Provider can be overwhelming. At Regal we can assist you with all stages of your Home Care Package Journey, from navigating government websites, assessments, package allocation and package activation.

All our Home Care Package Coordinators are Registered Nurses and will work with you to plan and deliver the best options for you. Regal offer competitive pricing ensuring your package is used on care and services for you.

Regal for over 55 years, has been a leading provider of in home care. With a supportive, experienced, and caring team we put you at the centre of all we do. We help you choose the care YOU need for the life YOU lead.

What our clients say about us

I want to thank Regal for the wonderful care they are giving my father. He’s 97, I’m his only child still living and up until now, even though we had a Provider for some six years, my mind was never at peace regarding his welfare. Some of the girls were very good workers and kind to him but most didn’t have a clue or just sat there. Showing initiative in seeing what needs to be done and doing it, just wasn’t there.

Dad signed with Regal about a month ago and the difference is huge. He has a Carer coming in twice a day. One of the ladies, Lucy, has even had him him potting tomatoes, cucumber and herbs out on the verandah. His knees are bone on bone but she works around that. She’s getting him interested and physically motivated to do something he enjoys.

The house is being properly cleaned, not just a dab of a duster here and there and on the whole, he’s enjoying the food the girls cook. He is a fussy eater, always has been. They’re taking him on appointments I would have normally had to do and generally taking so much of the pressure off me. The other thing is he trusts them.

If the need arises, I can leave a message with his Case Manager and she will usually get back to me within the hour. This never happened with the previous Company.

When I found out that Regal had been started by a Nurse, I knew he would be properly cared for. I’m 71 and have been the main person responsible for my Father for some fifteen years now and while I don’t live with him, I was tired! Our parents are living way beyond what their parents life spans were. My father and mother were in their 50’s when their parents died, as most people’s were. We are twenty years older.

Regal have given me back my life and I am so grateful.

Choose the care you need for
the life you lead.

Please feel free to download our Home Care Package Information Booklet.
We trust it will help in simplifying the information and options available to you.